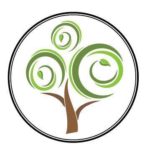 From Planting to Harvesting: How To Grow Your Own Potatoes 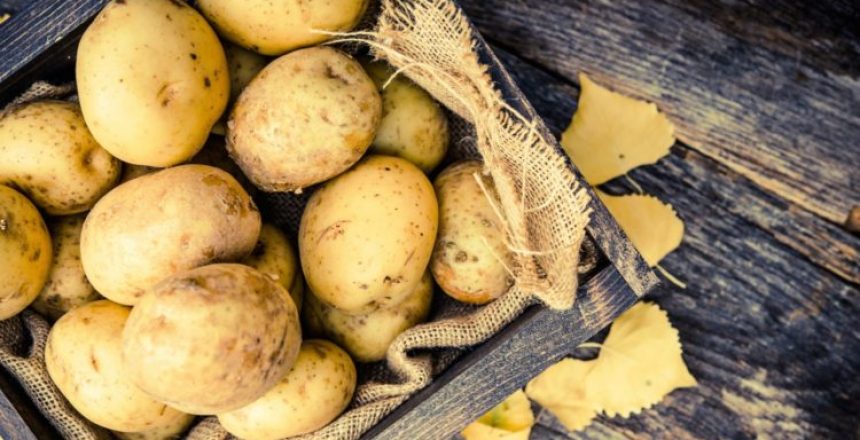 The humble potato. Since its’ introduction to Ireland by Sir Walter Raleigh, the ‘spud’ has been a staple part of Sunday dinners across the country for hundreds of years. The popularity of the potato (Solanum) is due to its ease of growing and its versatility in cooking. Mashed, boiled, roasted, fried, you name it, a potato can do it. So, why not skip the potato in the vegetable isle and start growing your own!

It is best to grow potatoes from specially grown seed potatoes that are certified and disease free. The potatoes bought at the supermarket may have been treated with a sprout inhibitor which prevents them from sprouting in your kitchen cupboards.

There are 100’s of varieties of potato to choose from and each have their own distinct flavour, colour and size. Potatoes are divided into distinct groups, depending on how quickly they mature. The divisions are:

Tip: If you are a beginner, we would highly recommend sticking to the earlies as they take up less space and are quicker to harvest than main crop potatoes. 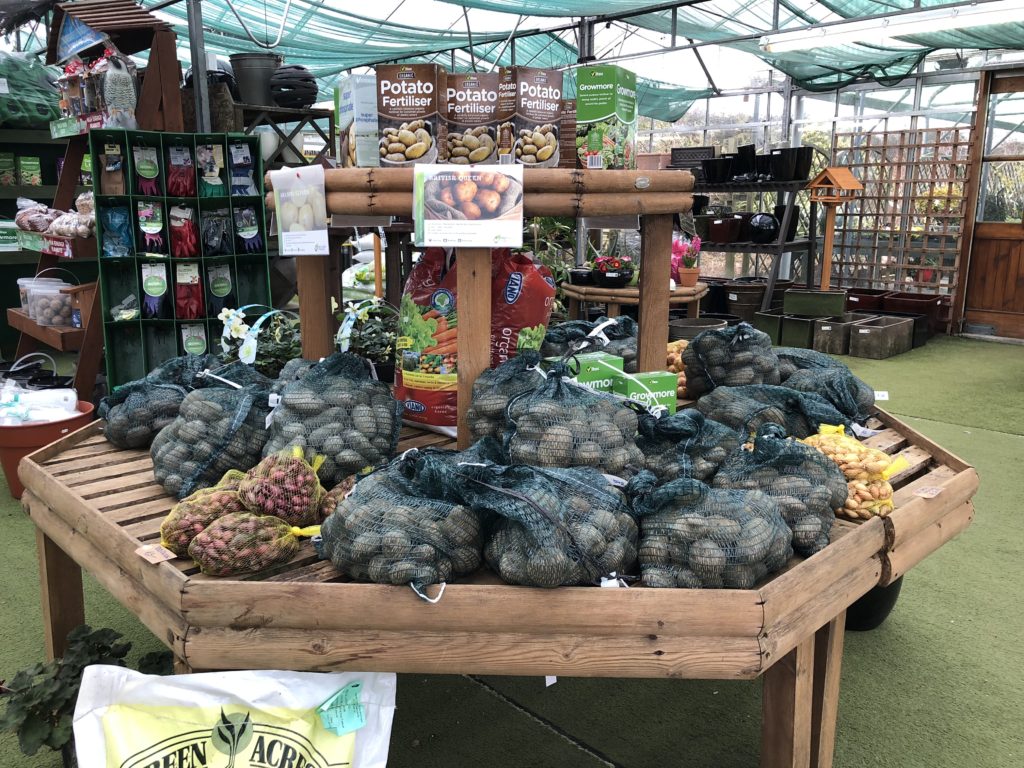 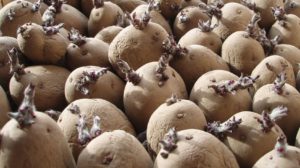 To give your seed potatoes a head start in growing, you can carry out a technique known as chitting or sprouting. Chitting forces the seed potatoes to produce buds before being planted and in doing this, increases an earlier, heavier crop of potatoes.

To chit seed potatoes, simply lay them in a container and leave them to sprout on a windowsill in a cool area and out of direct sunlight. The potatoes should be left in this position until the bud reaches approximately 2.5cm long. This usually takes around four to six weeks. Once the seed potatoes buds have reached this length, they are ready to plant!

To get the best results:

Before planting,  remember, small potatoes can be planted whole, but potatoes larger than golf ball size should be quartered with a clean knife before planting.

When cutting the larger potatoes, make sure each piece includes an ‘eye’ or a bud. Leave the cut potatoes to dry for a few days before planting so they don’t rot when planted.

Seed potatoes can be planted in a fertile area of soil or, if you don’t have enough space in the garden, planted in pots!

Potatoes love the sun! For the best results, plant your potato seeds in fertile patch, sheltered from the wind, in well drained soil, with the sunlight on the patch throughout the day.

Slightly acidic soil is preferential for potatoes but potatoes will tolerate a wide range of soils. Remember, you can always add sulpher to the top of the potato ridge after planting to maximise yield and deter skin blemishes.

Potatoes are best grown in rows so digging trenches 45cm apart for your seed potatoes is best.  Before planting, remove any weed and loosen the soil to allow them to establish quickly. Dig a trench that is approximately 6 to 8 inches deep and plant each potato 12 to 15 inches apart with the ‘eyes’ pointing upwards.

Fill the trench in with around 4 inches of soil and leave the plants to grow. When the plants start to grow, fill the trench and mound the soil around the plants further as they continue to grow upwards. This process is known as ‘earthing up’.

If you don’t have space to grow potatoes in your garden, don’t worry, they can be grown in containers too! 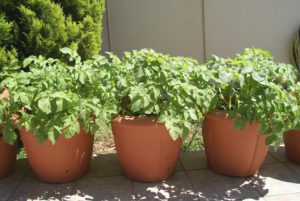 Begin with a deep pot, container or bag and fill one third of the container with potting soil. when choosing the correct pot or container, a rough guide to remember is that one seed potato needs around 10 litres of soil or a depth of 30 to 40cm for the potatoes to grow into.

Place the seed potatoes in the pot and cover them with a layer of soil. When the seed potatoes grow, mound more soil around the potatoes and repeat this process until the pot is full. Keep ‘earthing up’ the soil over the next number of weeks and don’t forget to water!

Remember to keep your potato plants well watered throughout, especially when they are flowering as during this period, the plants are growing their tubers. At this stage, steady water is crucial for a great crop outcome.

When the plants foliage begins to die back, stop watering. This will help prepare the potatoes for harvesting.

Potato harvesting depends on the growing season, weather conditions and type of potato you are growing. 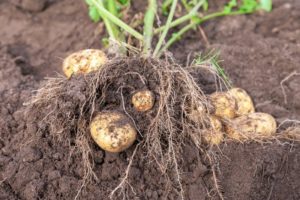 Harvest potatoes after the plants flower and then turn yellow. You can also remove new potatoes before flowering. Once the stems turn yellow, stop watering and wait approximately one week. Dig potatoes up with a spade, being careful not to pierce the tubers. Leave the potatoes on the ground for a few hours to dry and cure. Brush off loose soil and store in a cool dry place until you’re ready to use them.

Tip: If you want to eat your potatoes fresh, only dig up the amount you need for immediate cooking and eating. If you plan on storing your potatoes, do not dig them up until 2-3 weeks after the foliage dies back.

Join our closed list of garden enthusiasts to get the latest gardening news and offers!